Miss Grand 2021 Thuy Tien confidently expressed and absorbed the comments of the audience to perfect her skills and images in 18 days of the competition.

Crowning moment of Miss Grand 2021 – Nguyen Thuc Thuy Tien
Overcoming 59 girls from countries and territories, Nguyen Thuc Thuy Tien, 23 years old, won the crown of Miss Grand International 2021, in the final evening of December 4 – the highest achievement of Vietnamese contestants at this contest. in the past nine years. Previously, Thuy Tien said that she set a goal to advance to the final night.
Miss Grand International belongs to the Top 5 major beauty arenas next to Miss Universe, Miss World… In 2017, the contest was held in Phu Quoc, the victory belonged to Peruvian representative – Maria Jose Lora 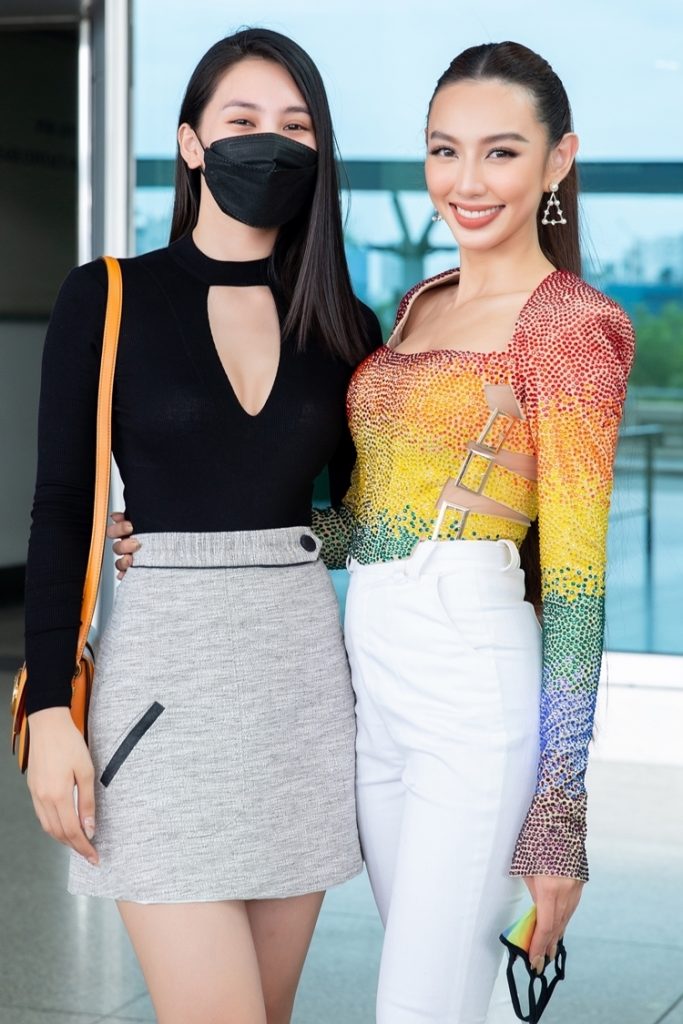 On November 16, Thuy Tien (right) started the competition with 100 kg of luggage. Although she could not prepare many costumes due to the epidemic, she was still confident. She also brought many souvenirs for the contestants such as honeycomb sandals.
Thuy Tien is a student at the Faculty of French, University of Social Sciences and Humanities, Ho Chi Minh City. She used to be the runner-up of Miss South Vietnam 2017, Top 5 and the Beauty of Mercy, Miss Vietnam 2018. She once represented Vietnam in Miss International 2018 but failed. 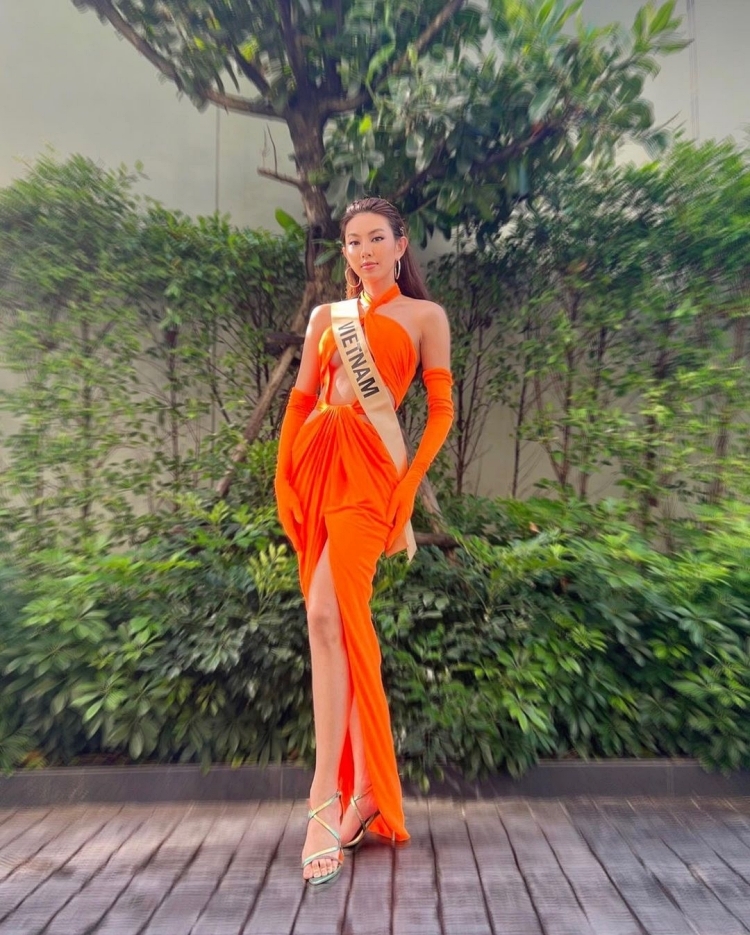 As soon as she arrived in Thailand, Thuy Tien entered the Top 5 most voted by the audience before the contest. In side activities, she gives interviews in fluent English. The beauty tries to learn to speak and sing Thai to attract the attention of the organizers and international audiences. 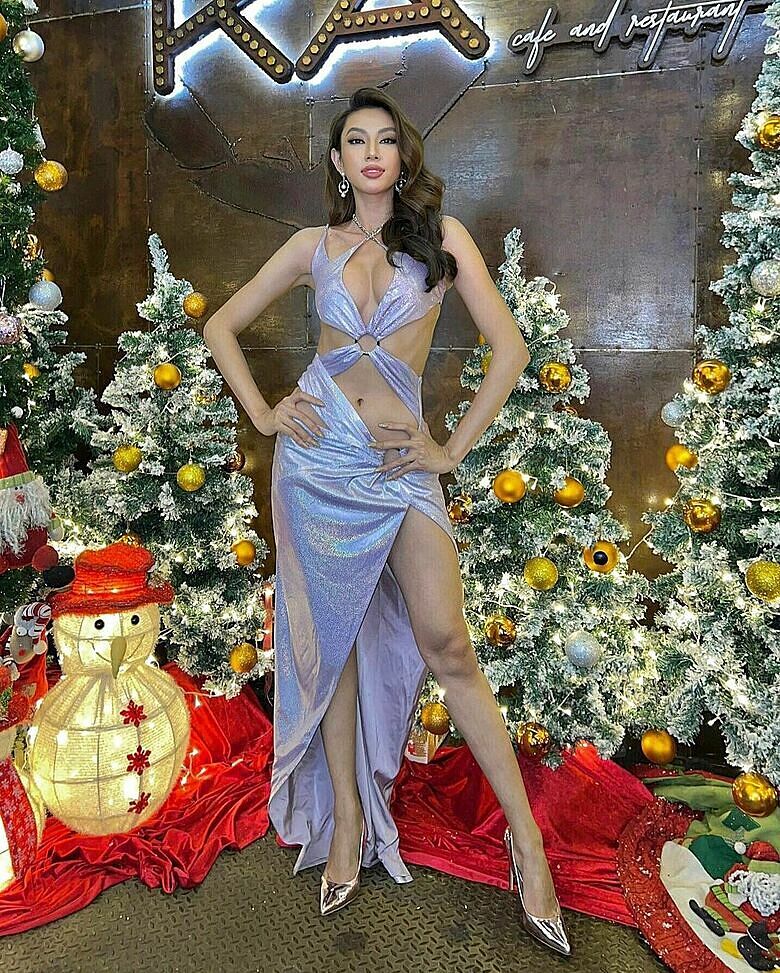 She showed off her catwalk skills and posed with a swimsuit in Phuket despite having just encountered a food poisoning incident. The beauty received the title “Best in swimsuit” voted by the audience for the contestant wearing the best swimsuit. With this result, she received a bikini photo made by the organizers and posted on the contest’s fanpage. 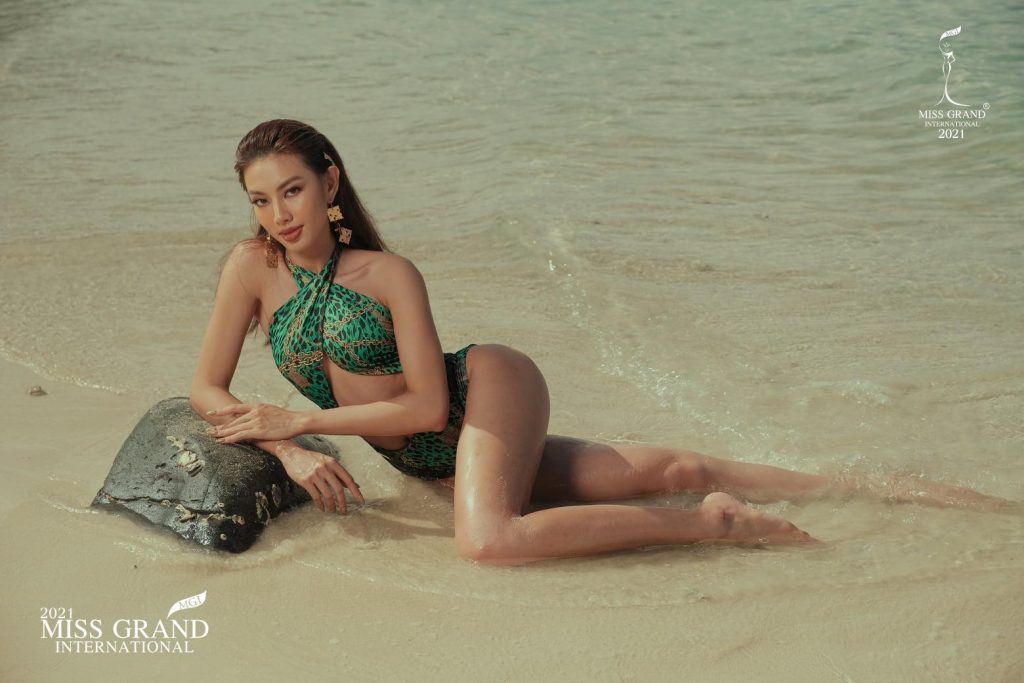 Thuy Tien loves cut dresses to help her show off her figure.
She showed off her catwalk skills and posed with a swimsuit in Phuket despite having just encountered a food poisoning incident. The beauty received the title “Best in swimsuit” voted by the audience for the contestant wearing the best swimsuit. With this result, she received a bikini photo made by the organizers and posted on the contest’s fanpage. 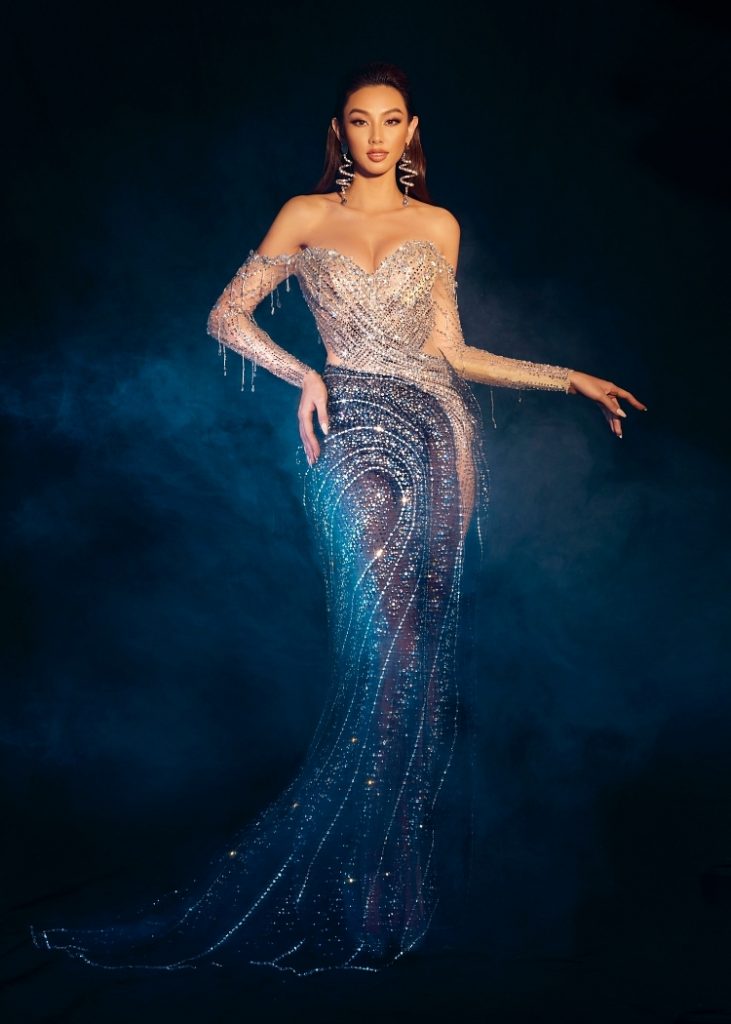 Every day, she changes several outfits for each activity. On her personal page, Miss Grand Thailand 2020 – Nam Chantarapadit – posted a photo of Thuy Tien and expressed her love for the fashion sense of Vietnamese beauty when she saw her in a light purple sequins dress.
In the closed interview on November 25, Thuy Tien wore a set of pink and red tones. At the end of the interview, Thuy Tien sent the judges a sentence in Thai: “Before taking the exam, I studied Thai because I wanted to stay here for a year”. The beauty said that before leaving, she was not very interested by the audience because she was not outstanding, but the deeper she entered the contest, the more support she received. 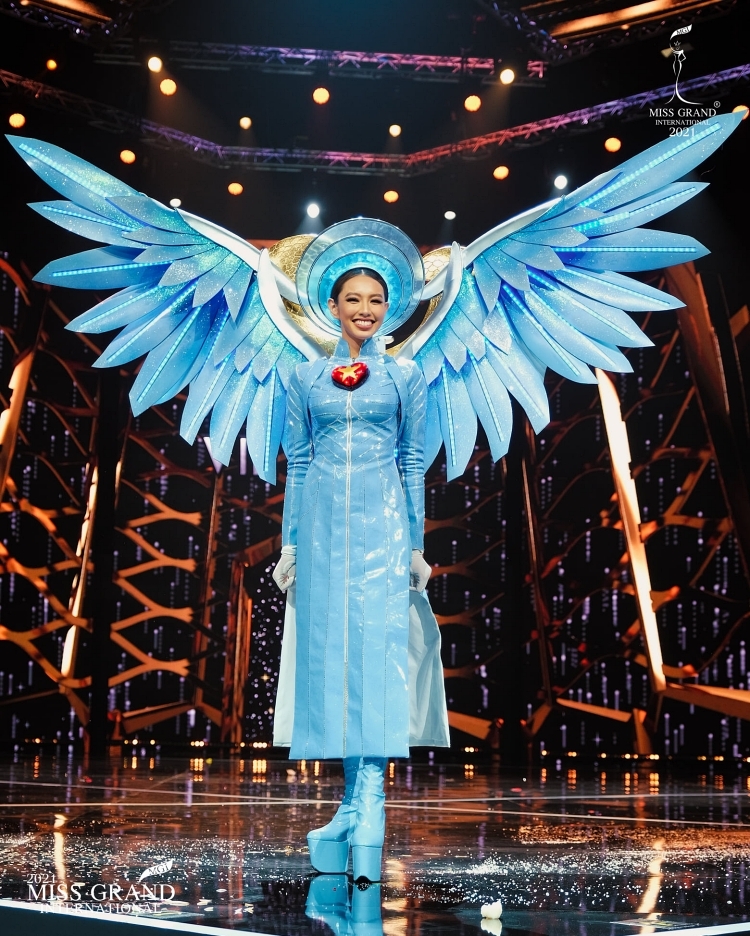 The beauty and the team also listen and absorb the audience’s comments. Although she chose a see-through dress for the semi-final, she decided to change it when she encountered many objections.
On November 30, Thuy Tien catwalked with a national costume named “Blue Angel”, expressing gratitude to the frontline against the epidemic. During the performance, one of the angel’s wings fell, but Thuy Tien quickly handled and completed the performance. 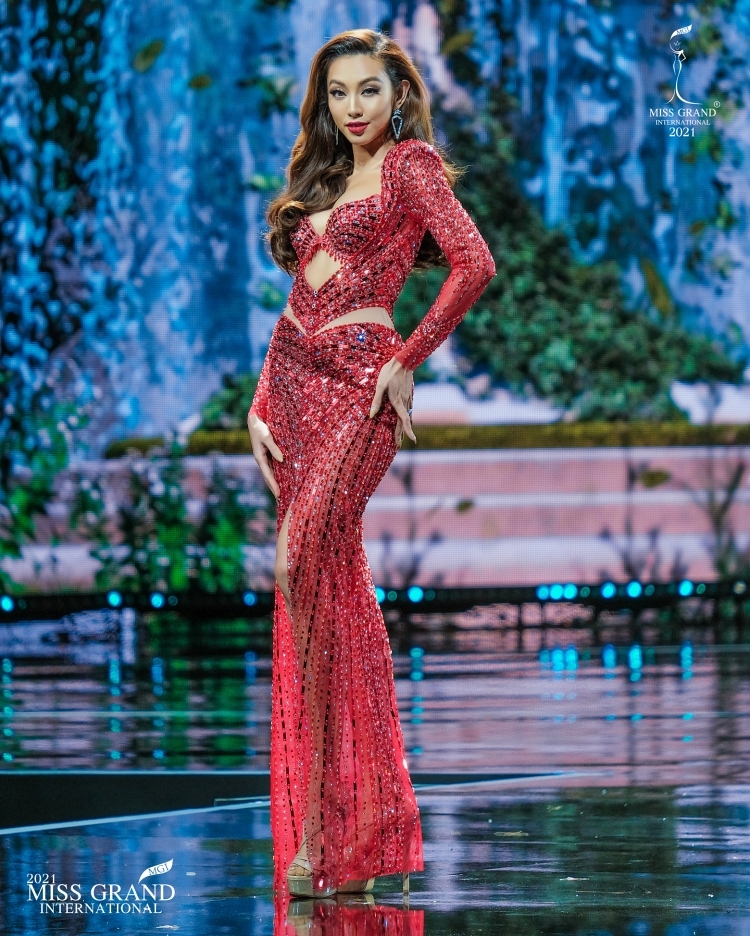 Thuy Tien maintained her form in the two semi-finals and bikini competitions. Many international websites and Miss Thailand predict that Vietnamese beauty will enter the top 5. 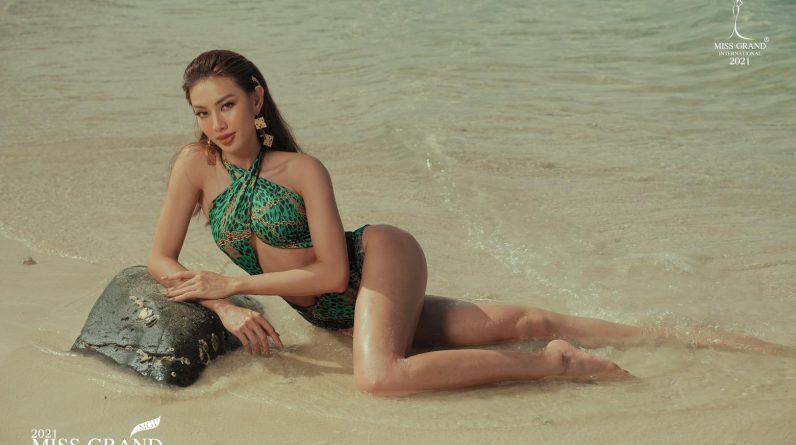 Fans name Thuy Tien in Top 5 for Best in Swimsuit 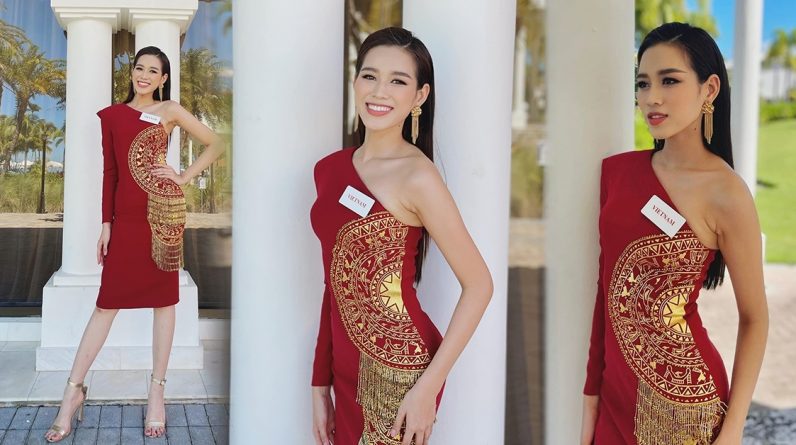 Follow Do Thi Ha in Head to Head Challenge